Lessons are available via Skype (at “bachiosaurus”) or in person.

Some reviews from students :

“…Three years ago…” (2011) “… I heard one of Richard’s film compositions and was so impressed I hired him to help notate the nearly 100 guitar pieces I have written. Working on my projects with him these past 3 years has been an absolute pleasure. Richard is highly knowledgeable in the areas of music composition, notation, engineering, history and performance practices. He also possesses a wonderful sense of humor that has made our work all the more enjoyable! I have no interest or time learning Sibelius Notation, so having Richard put my work in perfect form for publishing allows me to focus on my performance, composing and other professional endeavors. Richard’s acumen and attention to detail are second to none. I highly recommend Richard to anyone who wishes to advance their notation, publishing and performance skills!
www.louisvalentinejohnson.com”

“…Seldom does one meet a successful, professional artist free of the egoisms of his accomplishments. When I met Richard I had met such a person. I began studying with Richard to learn the intricacies of the Sibelius…program. As an accomplished composer and string player Richard has guided me in the use of the program for serious classical composing. Unlocking the power of the Sibelius program is a never-ending task. I learn something new…during every session with Richard. I immediately set about composing for full orchestra. Richard never suggested I take a baby step. He has been a calm yet enthusiastic mentor, guiding me through the intricacies of composition from the piccolo to the bass drum. This not only allows me the freedom to compose major works, including two operas, but the confidence to do it … I just received an e-mail from Pete (a conductor) and he says it (an orchestral work,Winter) will work out great. He has asked that I send him PDF parts. This day would have never come without my studies with you. Thank You …” 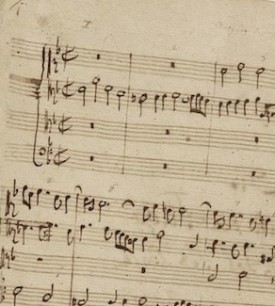